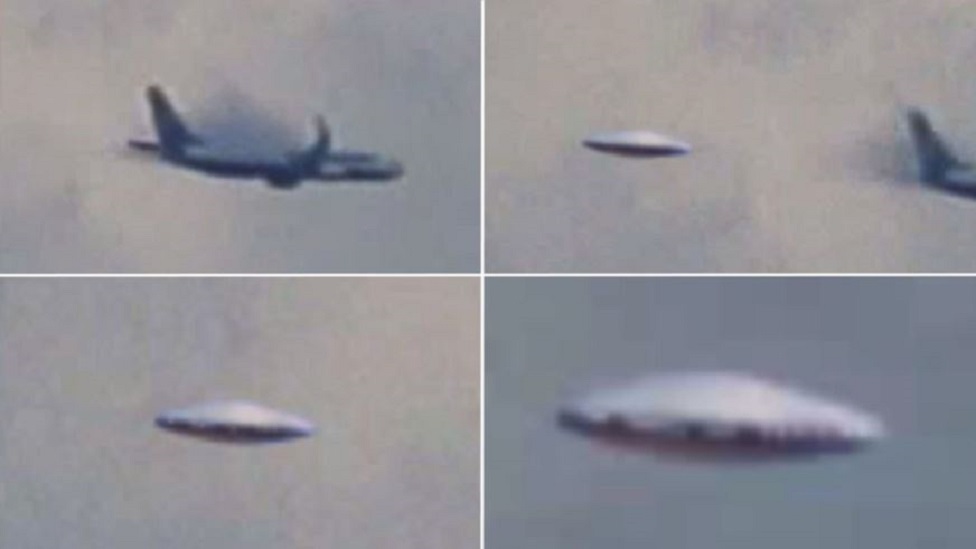 A Louisiana witness near Bossier City reported watching an “unknown, cylinder-shaped object” that appeared to be followed by a jet near Barksdale Air Force base, according to testimony in Case 66602 from the Mutual UFO Network (MUFON) witness reporting database.   The witness was outside at a local Air Force base working as a civilian housekeeper and happened to look up at 7:53 p.m. on June 3, 2015.  “I watched this cylinder-shaped object slowly cruise across the sky as if it was just gliding slowly,” the witness stated. “I’ve never seen anything like this.”  But there was another object in the sky.  “Right behind it was clearly a jet or an airplane I don’t know which but it had a con trail behind it. It was following the object at a steady pace, never getting too close.  I put my phone away because we’re not supposed to have them.”  The witness watched as the object moved away.  “As I watched for the next few minutes, the further the object got, it got smaller until it looked like a bright star and then it just vanished, leaving nothing there but the jet.”  Later that evening, the witness said that there was heavy military traffic in the air.  “Moments later as I stood there looking in amazement, a military patrol car passed by, so I went on with my work. I had been working there since April of this year but that evening there was heavy air traffic after the event. I couldn’t help but wonder if the two have something to do with each other because I had never seen that much air traffic over the base since I worked there. Shortly after I was fired and told they didn’t have to give me a reason why they were letting me go.”    NOTE: The above image is real but from another sighting.
.
KEN PFEIFER WORLD UFO PHOTOS AND NEWS
HTTP://WWW.WORLDUFOPHOTOSANDNEWS.ORG
HTTP://WWW.HEAVENSRANGERS.NET
HTTP://WWW.WORLDUFOPHOTOS.ORG
THANKS TO WWW.MUFON.COM CASE FILES
.