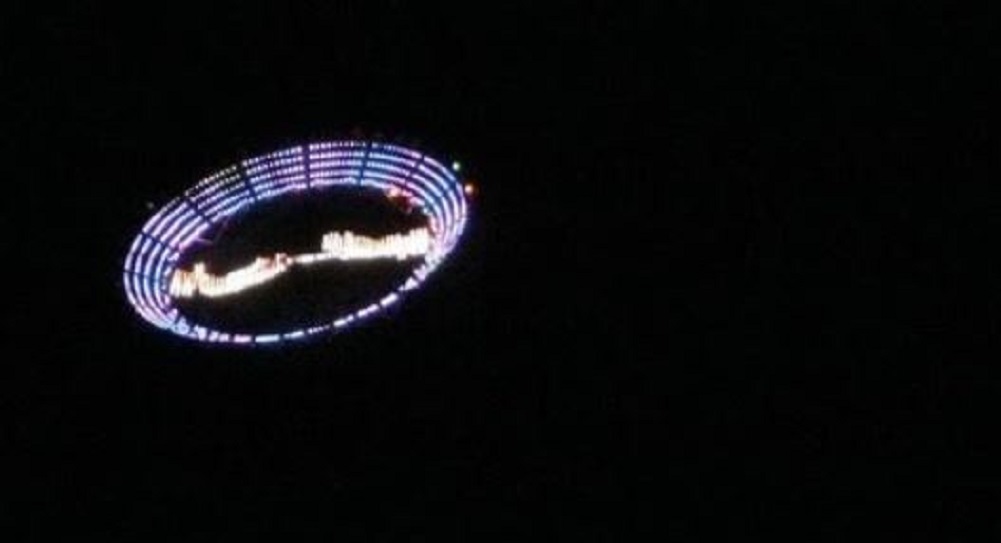 One hot night in Morristown, NJ during the summer of 2017 (I believe sometime in July) I was sitting on my deck reading. It was dusk, with the sun having dipped below the horizon, but still not very dark. Behind my deck and backyard there is a wooded patch which extends along the back of the houses on my side of the street then opens up into a larger tract of woods.

Being very serene and peaceful back there, I often glance up into the woods and just take in nature. That night was no different as I looked up to view the darkening green leaves as the day slowly dissolved into night. But this time there was something else. I was sitting at an angle so my line of sight was toward my neighbors’ property and the treeline there. That’s where I saw a strange light formation seemingly float out from the woods. At first I though it was the last rays of sunlight drifting through the foliage before the sun’s reach was extinguished for the night. However, this thought was dispelled when I realized that whatever it was was clearly a separate object having nothing to do with the evening sun.

The best I can describe it is that it looked like the screen of a window, comprised of squares in neat rows, or like the design on a typical waffle. It was about eight feet tall and six feet wide. It appeared to have some thickness but not much, perhaps a few inches. It wasn’t a perfect rectangle but had uneven sides, like if someone used a knife to cut out a patch of screen from a window leaving jagged edges all the way around. As for the color, it was a golden-cream which shimmered slightly. I perceived it as having some kind of electric charge as it seemed to emit a light of its own and the bars that comprised it appeared to be “static-like” with no stark definition. The edges of these bars almost reminded me of the edges of a lightsaber but a bit more fuzzy if that makes sense. The bars themselves had the visual of the old static “snow” on TV, but instead of black and white it was gold, cream, and brown, and I could swear I saw specks of blue in there too.

After it emerged from the trees it drifted to my right, toward my backyard. When it got to about the property line it stopped, hovered for a couple of seconds, then, like it threw itself into reverse, slowly melted back into the trees. When this happened it was no more than 30 feet from me. As it backed up I saw leaves come through the open squares in the object like branches might poke through a trellis. The entire time there was no noise. I ran down the stairs of my deck and across my yard to the treeline and spot where it re-entered the woods. Peering in I saw nothing. I have no idea what I saw that night. – Keith in NJ  NOTE: The above image is CGI.