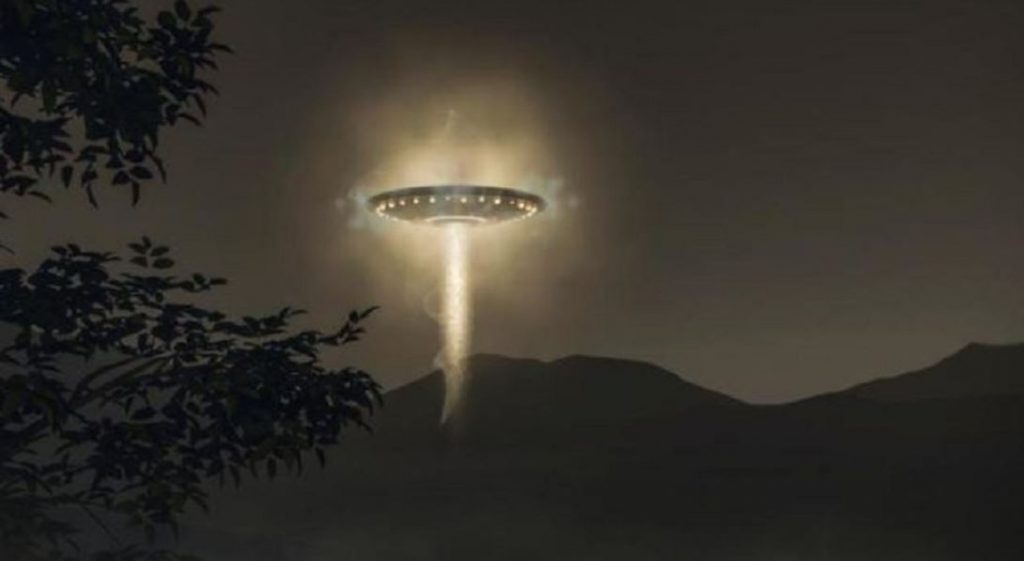 In the town of Ravenna, Italy, a short time later, Lorenza Jole heard a sudden noise which caused her to investigate through her front window. Stunned, she would witness an oval-shaped object between two houses opposite hers on the ground. She would later estimate the object to be around ten feet high and around seven feet across. Even more bizarre, several smaller spheres were also visible in the vicinity of the craft. Unlike the object, which was a pink color, the smaller spheres were a bright white.  It was then that she saw the strange and slightly menacing humanoid figure stood in front of the craft. It was dressed in some strange “battle-like armor” including a heavy-clad helmet. Unsure whether the figure had noticed her, Jole went to another window to get a better view. However, by the time she reached this vantage point, the figure was gone. And the object was rising rapidly into the air. Then, it vanished into the sky at great speed.  Whether the sighting in Italy shares a connection with the sighting in Bethel, Alaska is open to debate. It is perhaps interesting, though, that each of the witnesses would describe the craft as oval or “ball-like”. In the case of the Alaska sighting, this description would change in sympathy with the craft’s position.  Several hours later, two more sightings would unfold. Both of them thousands of miles away from the first two incidents. And each other. The first would take place at around 7 pm at Serra do Mouro, Santa Catarina, Brazil, when a 19-year-old farmworker was returning home for the evening. However, he would suddenly notice a strange object in the sky ahead. And what’s more, it appeared to be heading in his direction.

As this strange object made its way to the witness, he would take in as much detail as he could. He would describe the object as being in two distinct parts or sections, although each appeared to be of the same grey, metallic-looking material. The bottom section resembled a “deep bowl” which looked as though it was rotating as it moved. The upper section, by contrast, was almost flat with a bright light on the top. Furthermore, this light appeared to change color depending on how fast or slow the craft was going. The witness would remember seeing the light change to shades of red, orange, yellow, white, and green at various times during its approach. He would later estimate the craft to be around ten feet across.  It passed overhead of him before coming to a stop slightly ahead, hovering around twenty feet above the ground. Then, as the witness watched, a red beam suddenly emerged from the bottom of the craft and projected directly down to the ground. Not quite believing his eyes, the witness would state that within this beam, standing around three feet tall, were three small figures. Each was descending down to the ground. They were now directly in front of him.  The witnessed removed a knife from his person and suddenly launched it at one of the creatures, hoping to scare it away. However, as if protected by an invisible shield, the knife bounced away before it could make contact. As if in retaliation, one of the creatures would point a “rod-like device” at him, a blue beam striking him simultaneously. As soon as it did, he became paralyzed. Shortly after, he would lose consciousness. A neighbor would find him and bring him inside. When he awoke, he was inside his home.  NOTE: The above image is CGI.