Some UFO in the sky among clouds

March 2, 2018, about 1030 at night. It was a clear cloudless night, with a full moon. I was driving north on I-25 near Aguilar, CO, when I saw about 5 yellowish orange lights fade on and off in a row. From where I was, it appeared they might have been between Walsenberg, CO, or Colorado City, CO. I saw these lights 5 or 6 times.

I called a buddy who was about 20 minutes behind me on I-25 to tell him about it and he saw them also. I stopped at the truck stop in Walsenberg, where there is a big dirt lot in the back. The lot is open and clear of anything that would block my view. To try and see this again and to try to get a video of it, which I did. At this point, I had seen these about 6 times in a 20 minute period. The last time I saw the lights, I got a video of it and shortly after I heard 2 maybe 3 military jets (I saw 1) flying in the direction of the lights.

Unfortunately, my video isn’t very good, since it was the first time I’ve used the video camera on my phone. 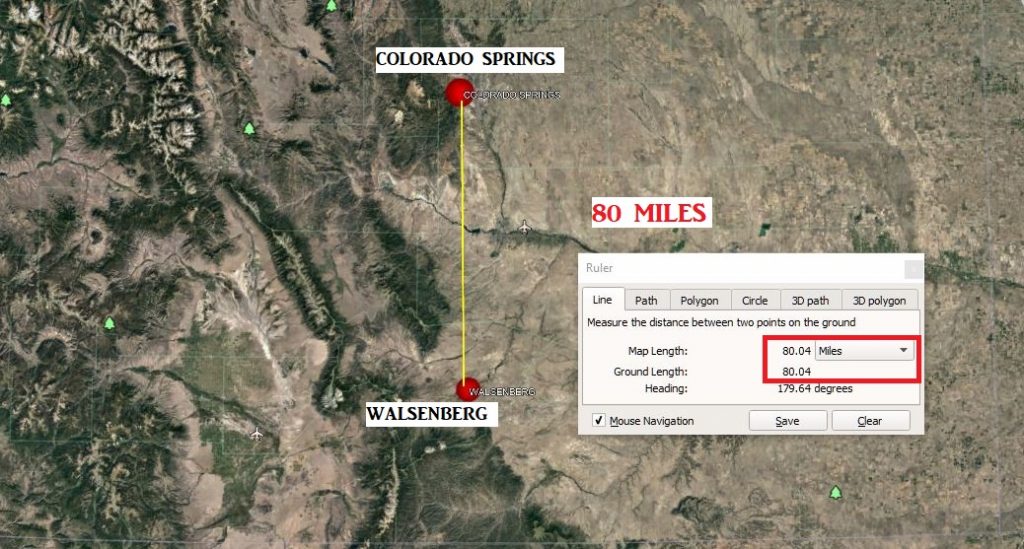 About 6 orange lights appear one by one in a line or a triangle, then disappear. Event lasted for about an hour we also observed what appeared to be military helicopters trying to get closer to the lights. NOTE: The above image is CGI. 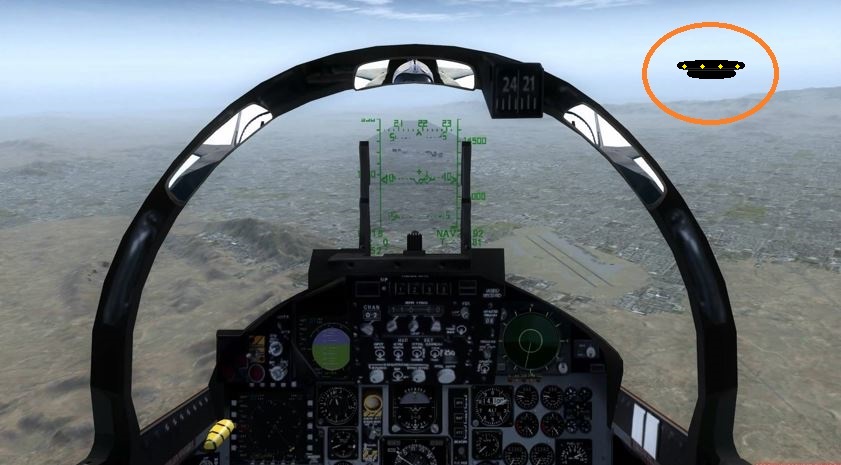 My father, LT. col in the Israeli airforce with more than 20 years of experience was approaching landing in Tel-Nof Air Force base. Around 1500 feet, my father saw a flash of light coming from the fields below. Within seconds, an object that my father describes as a mushroom shaped metallic flying saucer, with yellow lights running through the middle of the craft, ascended rapidly and passed near the F-15 that he was piloting. A distance of around 100-200 feet. It then accelerated and ascended with insane speed, vanishing form my fathers’ view. The landing camera, which records when landing gear is down, did NOT record the incident, even though the Gear was down. Another 2 seater F-15 from my father squadron was a few hundred feet away. Also approaching landing, The navigator on board (backseat) was also a witness to the event, but didn’t have my father’s clear view. I was around 16 when the event took place. He arrived home with the palest face I have ever seen on him. Later that night he told me the story. He was now ready to tell his story to the public.  NOTE: The above image is CGI. 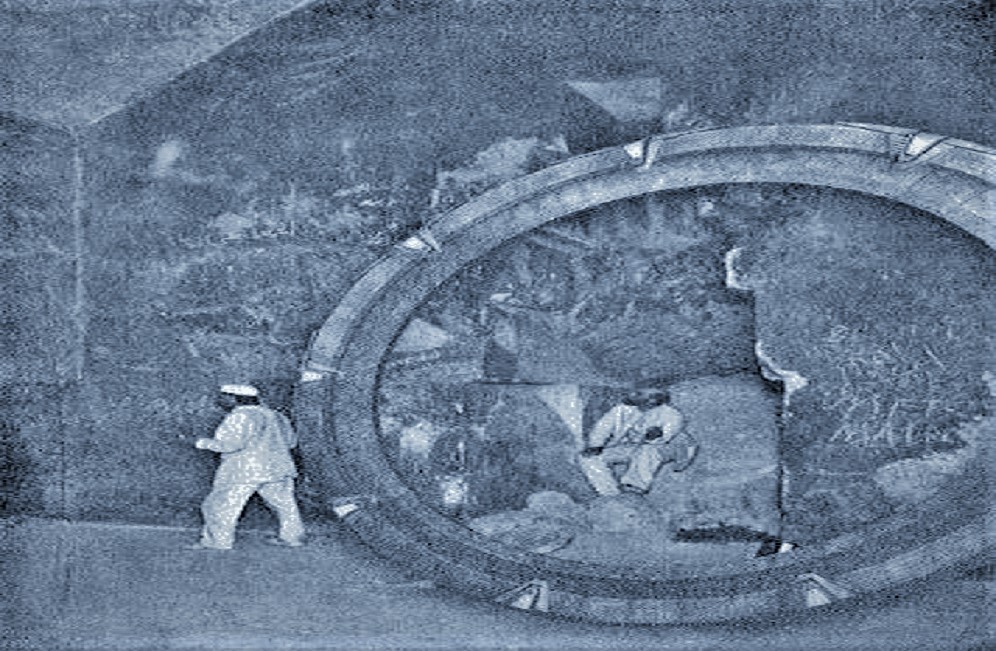 An exclusive video interview with Aaron McCollum has been released from the makers of Project Camelot and it is by far a gigantic leaping for anyone’s imagination, the rabbit hole of conspiracy hypothesis has just got deeper!  If you haven’t been up to date with the latest conspiracy theories of late but have been following the news you may have heard of much to do with the Gulf of Aden. Over the last many months it has been reported of a large congregation of a multinational group of Battle Ships that have been patrolling the waters.  It has been reported across mainstream media that all countries involved are protecting their interests from the growing Somali Pirates threat. But conspiracy theorists have been reporting this story as a Red Flag Operation to cover the real purpose of their unprecedented Navel activity in the water of Aden.  It has been said and also in-depth in this video interview with Aaron McCollum from Project Camelot that a strange magnetic anomaly has been found in the Gulf of Aden. This strange magnetic anomaly is making what conspiracy theorists believe to be a portal, a kind of Intergalactic Stargate, that only now is slowly being activated and the Governments and the Elites can’t stop it.  There are many strange hypothesis surrounding the 2012 phenomena but now the objective is escalated to Universal proportions, what’s causing this Stargate to become activated is well anybody’s guess but there are now many synchronised hypothesis being reported throughout the Internet that well is too greater for a mention here.  In Aaron McCollum’s interview he bravely or insanely acknowledges to have been working for Top Secret or Black Projects run by the world’s Elites/ Governments. He boldly opens a mega tsunami of Intel and reports to have been working in secret underground facility’s that are also under the sea, he says one of these facilities are on the west side of Puerto Rico and was aware of Project Seagate, he also tells of ongoing genetic experimentations, the cohesion and calibration of extraterrestrials working in these facilities, the existence of the TR-3bs triangular shaped UFOs as a black government aircraft, interdimensional travel and the listing goes on and on, deeper and deeper!  NOTE: The above image is CGI.

I was part of a team that uncovered and transported a star-gate. That is the only way to describe it. My unit found it by accident close to Mosul. We were rebuilding a road called Atlanta that connected to msr Tampa . With a D-7 dozer in a farmers field, we thought it was a bomb at first but EOD cleared it. Special forces guys came and had us dig the structure up which was shinny metal with writing that looked like what I think is Egyptian.  I would call them check marks that were bunch together. We transported it to forward operating base  Diamond Back and that was the last I saw it.

The MUFON case is under investigation by International Director Ken Pfeifer