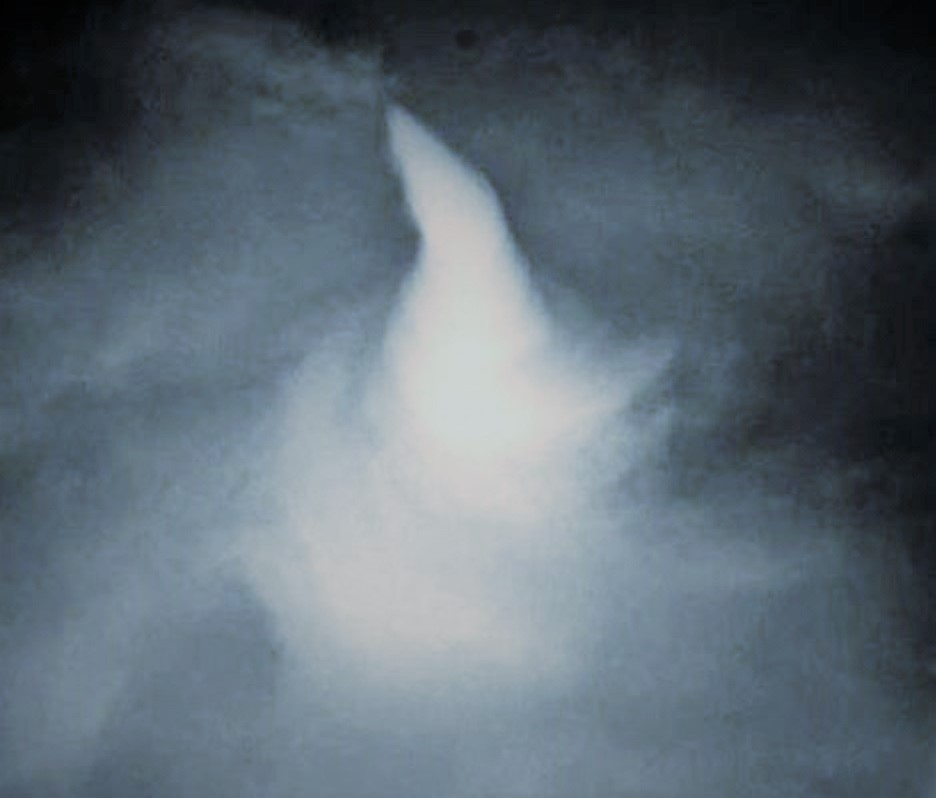 Allan was a flight engineer for QANTAS based in London with 15000 hrs of flying time and was flying onto London during a blue sky day at 33000 to 35000 feet when the flight crew noticed an object like a “huge upturned funnel” at around 42000 to 43000 feet approximately 150 miles away. The captain of the flight announced the UFO to the passengers – for photo opportunities and general gawking, indicating that the captain, flight crew and passengers all felt in no way threatened or in danger. The captain maintained his course and did not divert.  The plane approached the object and flew under it at about a 45 degree angle. From underneath, the base of the funnel did not appear round but instead like a flattened elongated diamond. The object had no framework, no portholes, no doors or windows, and no visible propulsion. The object was confirmed by Shannon control Ireland on radar. Winds at where the object was ie: 42000 feet..travel from West to East due to the Earth’s rotation thus eliminating the possibility of a weather balloon. While reading a staff magazine Allan read that a British Airways crew had seen the same object on the same day on a flight from London to Rio.  Allan had also heard since that a similar object was seen by another QANTAS crew in Darwin at night somewhere between 1955-1965. Allan clearly has excellent aviation knowledge and told me that an object of that shape should not be able to fly in our atmosphere.  NOTE: The above image is CGI.