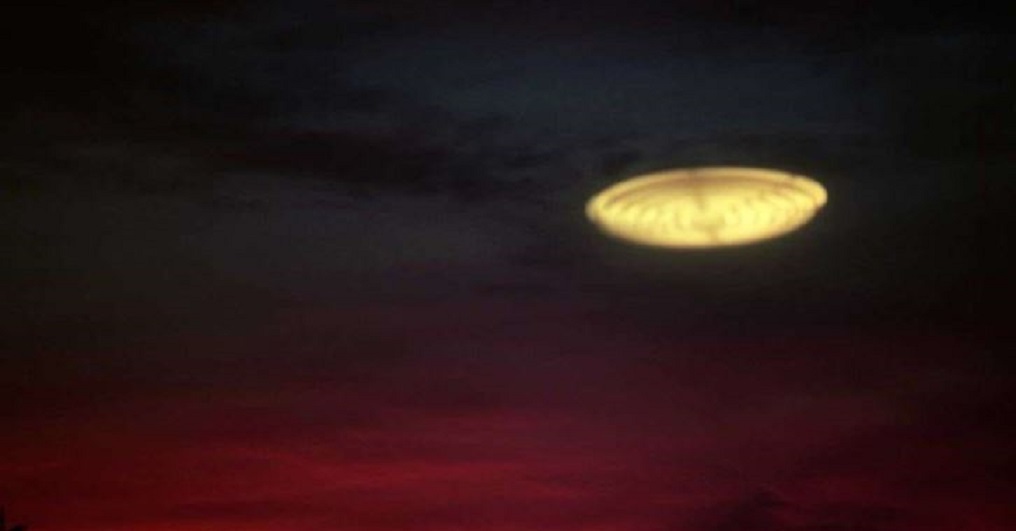 SOLDIERS FIRE ON ALIEN CRAFT OVER CUBA
.
DECEMBER 14, 1995   …………… GUARA CUBA
.
At 8 p.m. on December 14, 1995 the community of Guara, located south of Havana, had its daily routine interrupted by an unknown presence in the sky. People took to the streets to get a better view of the “light”, described as large and yellow, surrounded by smaller red lights. It hovered over the cane fields with the undulating motion so common to the phenomenon since its earliest descriptions. Local children nterviewed for the project believed that the object was interested in taking sugarcane samples, and the mysterious visitor made no noise whatsoever as it maneuvered only inches over the crops.   “Some soldiers on duty opened fire against it,” says one of the youngsters, creating an imaginary weapon with his hands. “They fired flares (sic) at it with their rifles, but what [the UFO] did was scattered their bullets like this,” making another expansive gesture, “like when you’re shooting at something and a big light happens.” The documentary substantiates the children’s account with eyewitness testimony provided by their elders.
.

Objects were also reported in the village of Camacho, not far from Batabanó, where they flew over a shooting range, where villagers could hear soldiers opening fire against them. Ricardo Cala, who happened to be driving his truck toward the village, heard shouts coming from the men he carried in his payload. “In came a UFO, a saucer, and I was startled. I looked through the truck window, and when I saw that reflection having a fully illuminated small base, flying past my vehicle. The time was between eight and eight thirty in the evening. It flew at some fifty meters from the vehicle, because it was really close by. The only thing was it didn’t let you get a better look at it due to the amount of light it put out. It made no noise and we felt nothing. We kept going and it paced us for some ten minutes, more or less. Then, as we entered the village of Camacho, that was when we heard gunfire. I wondered if that thing was doing the shooting, but no, there was a military unit nearby firing at it. Tracer rounds were visible, the tiny red light of the tracers, and fifteen seconds after the shooting started, that thing vanished out of sight.” NOTE: The above mage is CGI.