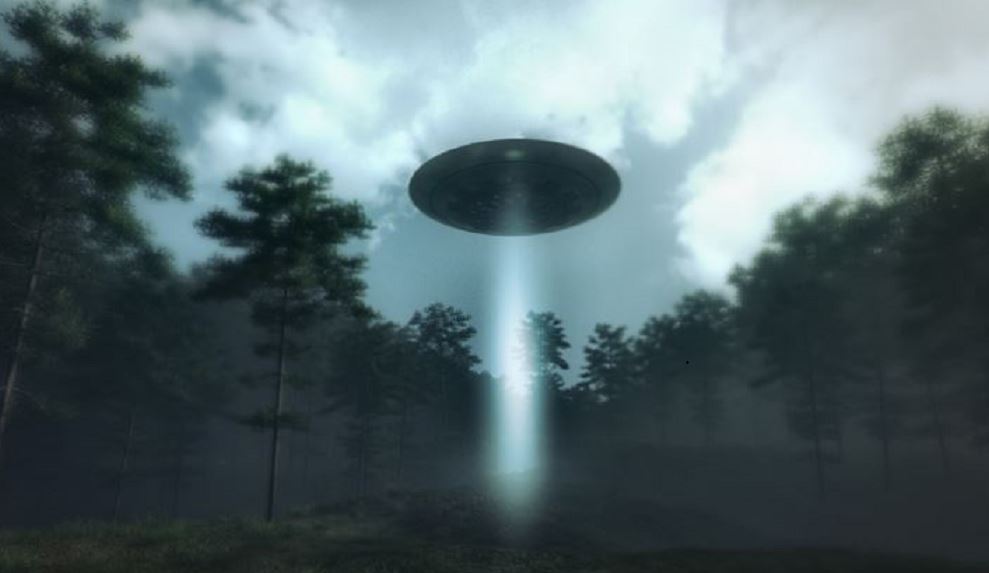 Judy Doraty was someone who, on the night of May 23, 1973, most definitely found herself in the wrong place at the wrong time. On the star-filled night when her world was ripped apart, Doraty was driving home from a bingo game, outside of the Texan city of Houston. Also along for the game and the drive home were Doraty’s teenage daughter, her brother-in-law, her sister, and her mother. They had a great time. But, something was about to intervene in a terrifying way. As the drive progressed, the family caught sight of a strange, large and bright light in the sky. They were all perplexed – and even a bit concerned – by the fact that the object seemed to be shadowing them: wherever they drove, the light seemed to follow. At first, they thought it might have been a helicopter heading for Galveston’s airport, Scholes International Airport. But, a careful look revealed it was not a helicopter, after all. It was…something else. This was not a good sign. It only proceeded to get worse.

As Judy reached a darkened pasture in a rural part of the area, she brought the car to a stop and got out. The light in the sky – seemingly responding to her actions – suddenly came closer; much closer. In seconds, and to their complete amazement and shock, the light could now be seen for what it really was: a massive, circular-shaped craft which swooped silently and effortlessly over them. It then headed towards a nearby field and, as the group looked on, shot vertically into the sky and vanished in seconds. Or, that’s what seemed to have happened. Like so many people who have been subjected to the alien abduction experience, in the days that followed what was clearly a very close encounter, Judy began to realize that there had been more to the encounter than she consciously realized. Her dreams became outright nightmares. They were filled with terror and graphic images of UFOs. Fragments of disturbing memories were fighting to be freed from Judy’s subconscious. For years, though, Judy suffered in silence, with pummeling headaches and those awful dreams.

It wasn’t until 1980 – when Judy Doraty was hypnotized by Professor Leo Sprinkle of the University of Wyoming – that the full picture became clear. Just like Betty and Barney Hill more than a decade earlier, Doraty’s mind had been wiped to a huge degree. At least, until Sprinkle was able to retrieve some of that missing time. In her hypnotized state, Doraty recalled getting out of the car and then seeing a spotlight hit the trunk. This was no normal spotlight, however. Doraty said that the light seemed to have what she called “substance” to it. Somehow, the light lifted a struggling, squirming, brown and white calf into the air and from the same field near to where the family had stopped. Then, something very weird happened.

Although, under hypnosis, Doraty recalled being outside of her vehicle, and on the ground, it was as if her mind had somehow been relocated to the craft. She seemed to have recall of two very different things, but which were going on simultaneously. She told a horrific story: the calf was rapidly and systematically dissected and its body was dropped backed to the ground with a thud. Doraty also had vague memories under the hypnosis of her daughter having been abducted and examined, but by whom and why remained unclear. It was a trauma-filled experience which may have given Doraty a significant number of answers, but which hardly made her feel relaxed.

Under the hypnosis, and in terms of the violent mutilation and killing of the calf, Doraty said of the aliens that, “They’ve been testing, they’ve been here for quite some time and they test the soil as well as our water, as well as our animal life and vegetation. There’s a lot involved. More than just pollution. Their concern is loss of life. There is going to be a big loss of life due to this.” When questioned further, Judy answered that the loss of life would be due to “nuclear waste or testing.”  NOTE: The above image is CGI.

THANKS TO https://mysteriousuniverse.org and Nick Redfern 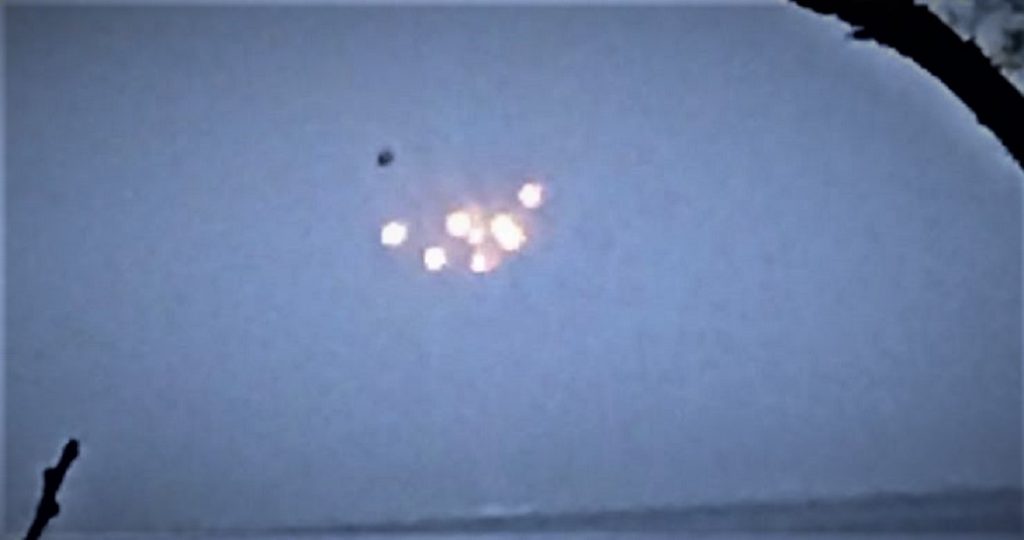 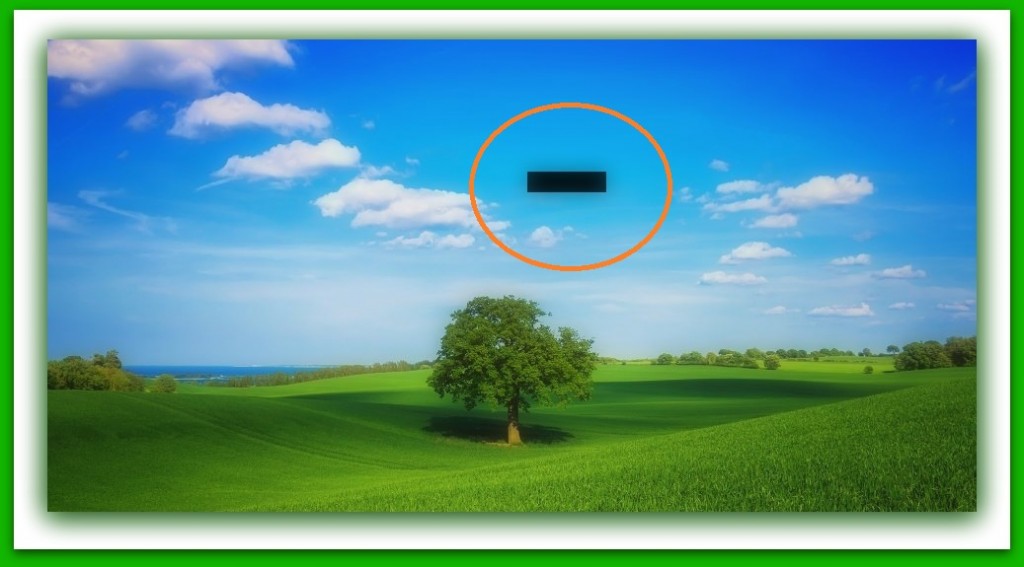 I saw something odd in the skies over West View on Saturday May 23, 2015. It was around 1 pm. I was walking back from Bellevue, on the bridge headed back to West View, the one that passes over Route 279.  I looked up and to my right, maybe 15-20° or so, I saw something very strange: a square object off to the right in the general direction of the West View Park Shopping Center and as much as several hundred feet off the ground. It looked like it – guessing here – maybe a mile away. It was about as big as a postage stamp at arm’s length.  Here is the obligatory crackpot disclaimer: I’m not one. This is my first such report and my first such experience.  Just so it is clear, I saw this object, whatever “it” was, I saw it as plainly as I have ever seen anything in my life. My problem is that I don’t know what I unmistakably saw. This isn’t a case where something flashed by – maybe – and I wondered not only what I had seen but whether I had seen anything at all.  I saw this; I saw it distinctly; I watched it for a good five minutes. It was outlined completely against the sky so it was unmistakably IN THE AIR. It was a dark green though I couldn’t make out any further detail.  It wasn’t shaped like any aircraft I have ever seen (nor did it resemble any flying saucer I have ever seen in books). There were no wings or rotors or propellers or fins. It made no noise; at least that I could hear. It was a SQUARE; A BIG DARK GREEN SQUARE UP IN THE AIR. I couldn’t even tell if it was a cube. It was like it was facing me.  I thought at first that it might be some kind of promotional float at the WVPSC especially with it being a holiday weekend, but it was moving and it had no writing on it (at least that I could see). (West View had its Memorial Day parade on Monday, two days after my sighting.) It ended up drifting off directly away from me, in an easterly direction until it disappeared over the tree-line.  It wasn’t a balloon. It wasn’t tear-drop shaped; there was no basket underneath it with people in it. It was much too big to be a kite. It wasn’t shaped like a blimp or anything that flies around. Other people had to see it. It was just off a major thoroughfare, Route 279 in the middle of a sunny weekend day.  If you’re wondering, I don’t have a camera phone so I don’t have a picture of it. My hope is that someone else has already contacted you about what I saw and so you already know what it is I saw.  While I have numerous books about UFO, I remain unconvinced of any particular viewpoint. The only thing I am certain of is that the official explanations in all the best cases are unconvincing.  NOTE: The above image is a rendering